What is Albion Online?

Albion Online is a free to play top-down isometric MMORPG. Set in a fantasy historical period during the formation of Albion, players will need to make a name for themselves in this sandbox MMO by progressing their characters through the game's classless system. It offers both PvE and PvP content, including full loot on death in heavy PvP areas. 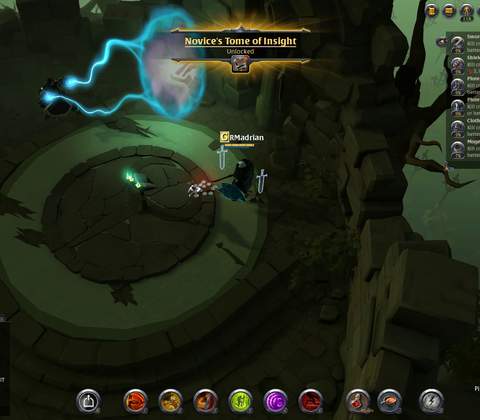 The game is easy to get into, but requires some discipline with its deep progression.

The game sets you about your path via a memorable tutorial that introduces you to the basics. Firstly, gameplay is isometric so players with experience in games like RuneScape or Ultima Online will feel comfortable in Albion Online. The combat system operates like a MOBA, and you'll use your mouse clicks for basic attacks and fire skills through hotkeys. The cool thing about Albion Online is that it doesn't sucker you into picking a stereotypical MMORPG class. You're free to build your own play-style. If you want to play a sword-wielding magic staff user, you can absolutely do so. This allows players to experiment and find their ideal sweet spot when it comes to theory crafting builds.

Moreover, progression works differently than traditional theme-park MMOs. Because there are no classes, players will need to level up their equipment tiers instead. For every activity in-game, players are awarded Fame which acts as experience points. The points will then be attributed to the type of gear you have equipped. Therefore, if you want to level up your sword from tier 1 to tier 8, you'll need to keep using it. Character skills don't come from level ups either because there are none, but instead comes with the gear you craft or buy. The game's skill-wheel is where you'll need to go to see the hundreds upon hundreds of progression paths, containing things from all gear and equipment to economy staples, like crafting, harvesting and farming, which are also important in Albion Online. 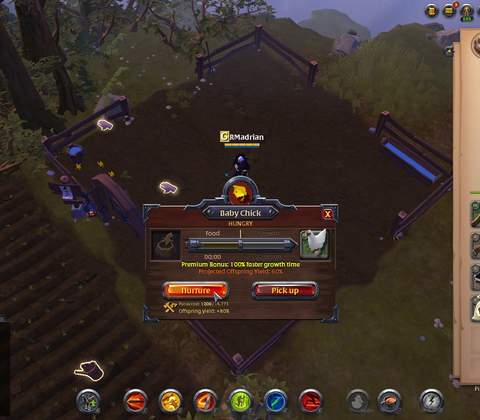 Don't sleep on crafting and farming as it's one of the best ways to earn money and progress.

One of the best things about Albion Online is that it's not just about combat or PvP. The world is built in such a way that players gain greater advantages for being entrepreneurial. Because the game runs on player-driven economy, every marketplace in towns and hubs contain gear and equipment that's been crafted. Almost everything in-game can be crafted including mounts, and the resources for them need to be harvested in the open world, or grown in player owned farms on their personal island. The game's deep crafting almost makes it feel that you're playing two separate games, but the end-result is satisfying especially if you're making good in-game Silver from meeting local equipment and produce demands.

It's All About PvP

While the game does offer both PvE and PvP, it's the latter that is important for large guilds and the end-game overall. Let's start with PvE. First of all, there is no main-story quest to follow like other MMOs. Players will make their own stories from their adventures out in the world, filled with peril of course due to open world PvP. However, there's still instanced content like solo-dungeons and open world NPC camps that can be farmed for resources, money and Fame. 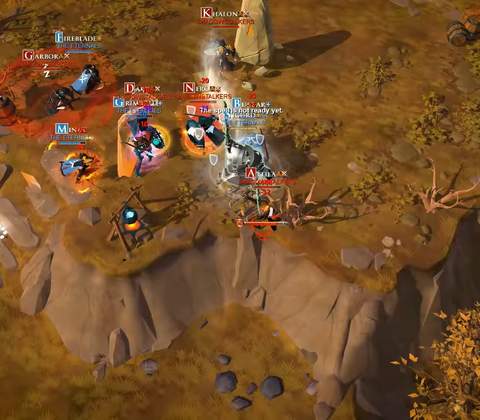 Albion Online was made for huge-open world battles that pits guild against guild for domination.

But as mentioned, PvP is where it's at. The world of Albion consists of multiple maps, and each has a color code. Green symbolizes non-PvP zones while yellow and red maps means you can expect full loot PvP. Needless to say, there will be ganking and PK-ing going on those maps. This is an important gameplay element for Albion Online, especially since the game caters to Guild Warfare, and guilds can claim and own territory which grants its members tax benefits and more. This adds more to the game's sandbox and social elements as it rewards those who participate in social play. The risk versus reward factor is also high, as these PvP zones often contain high-tier crafting resources and rare bosses that can't be found in non-PvP maps. 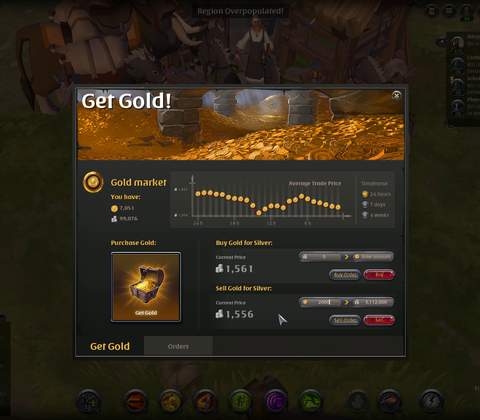 Albion Online can be played completely free, but there is a Premium status option. For about $10 a month, Premium players get bonus Fame and other benefits that helps them progress a little faster, although it's still a grind. You can also buy Gold, a premium currency that can be gained from the in-game exchange which takes Silver, the in-game currency. You'll use Gold for purchasing Silver of course, in addition to extending your Premium duration. While there are concerns of Pay to Win, note that buying the best gear in-game using Silver bought Gold means nothing if you haven't reached the required tier to use that piece of gear.

Is Albion Online Worth Playing?

Ultimately, Albion Online absolutely delivers when it comes to a deep sandbox MMORPG experience. It has just the right amount of systems and progression that keeps things interesting for both PvE players and PvP late-gamers. Its free to play features are generous, and one wouldn't feel at a disadvantage for not paying the Premium fee. Additionally, it's also extremely nostalgic due to its simple poly graphics and gameplay that will remind players of the excellent sandbox MMORPGs of the past. If you like sandbox MMOs, do yourself a favor and give Albion Online a shot.

Ready to enter the world of Albion Online? Click here to play now!

Originality
Albion Online's low-poly graphics combined with its isometric gameplay and deep sandbox systems make it one of the most engaging free to play MMORPGs of this generation.